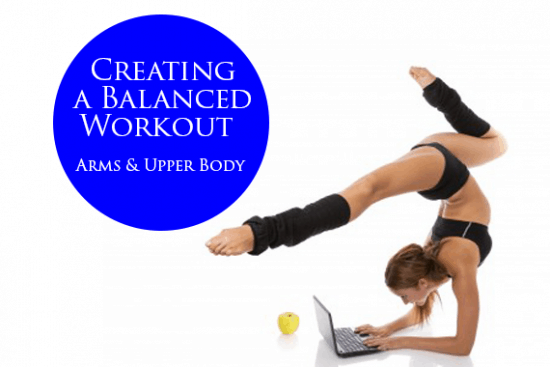 Last week I wrote an article about the importance of Balanced Training for a Balanced Body. This week I want to talk to you about balanced workouts. While there are hundreds of different weight-training movements there are really only a handful of basic movements that the muscles in our bodies can perform. However, as you read in my post Balanced Training for a Balanced Body, you need to include and exploit all of those movements, with each muscle group, in order to create serious definition, shape and symmetry.

The Basic Movements of Your Muscles

The body does not move in one dimension; instead it has three planes of motion: sagittal, frontal, and transverse. In each plane, several different movements occur at the joints.

Essentially, there are three movement patters:

Many women have a tendency to include one or the other type of movement for each muscle group, but in order to truly build and reshape that muscle, you need to attack it from all sides. By using, for example, both deadlifts and bench presses, you work opposing sides of your biceps. For every pull, there is a push. For every horizontal move, there is a vertical one. Utilize them all, and you create a balanced workout and get much faster and much better results.

Let’s break these movements down.

A push muscle group can be defined as a muscle group in which the muscle contracts when the weight is pushed away from the body (i.e. the concentric portion of the movement).

In addition, the push muscles lengthen as the weight is returned back toward the body (the eccentric portion of the movement).

Now let’s break this down even further into Vertical Vs. Horizontal; Flexion Vs. Extension; & Quad Dominate Vs. Hamstring Dominate exercises:

Vertical pushing exercises move a weight up over your head in a position parallel to your torso, or at least in that direction. They’re usually done in a standing or seated position. These might include the following:

Vertical pulling exercises pulling a weight down from an overhead position, or pulling yourself up. These include:

Horizontal pushing exercises involve pushing a weight straight out in front of you, away from the torso, or perpendicular. They can be done in either a seated or standing position. These include:

Horizontal pulling movements involves moving a weight in towards your torso horizontally from straight out in front of you. These might include:

Flexion movements are those where you bring a weight toward your body by bending the elbow. These include:

Extension movements move a weight away from the body by extending the elbow  (straightening the arm). These include:

A quad dominant exercise is any exercise where the primary mover is your quadriceps (think squats).

A hip/hamstring dominant exercise is any exercise where the primary mover is your hamstrings, glutes, or posterior chain as a whole (think deadlifts).

By approaching all sides of the muscle or muscle group, you essentially get double the results than you would if all of your arm movements were curls or all of your leg movements were presses. You’re hitting front and back and either side when you vary the plane of motion.

In doing this, you’re able to achieve true definition and a balanced appearance to your shape, which is what gives you that hyper-toned look as well as a figure that camouflages any imbalances or “flaws” like narrow shoulders or a thick waist.

If you like this article and the workouts that we talked about, you’ll love my Full-Body-Licious programs. FULL-BODY-LICIOUS is all about creating a balanced body with the techniques used above. Check out the entire thing here:

==> How Full-Body-Vicious Came To Be (MY Personal Story)