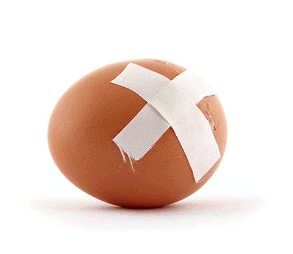 The Real Truth about Healthy Fats

One of the most important points I’ve tried to get across to my coaching clients and readers is that low-fat diets are not healthy, balanced diets are actually the reason many people can’t lose fat, no matter what they do.

A proper intake of healthy fats is absolutely essential in order to:

* Have a heathy immune system

* Slow the signs of aging in your skin

Most People Only Know Half the Story

Although too many people are still trying to lose fat and transform their bodies by eating a diet too low in both calories and fats, the media, food companies and diet “gurus” have been getting the rod out about healthy fats. Unfortunately, most of them are only telling half the story.

Yes, you do need to get plenty of healthy fats, but these experts and food companies often make two serious mistakes or omissions in their information:

* They focus only on Omega-3 intake, ignoring the fact that it’s the ratio of Omega-6 to Omega-3 fats that is most important

* They tell consumers to buy and eat “healthy” foods that are actually loaded with unhealthy fats or even dangerous.

The Importance of the Omega-6 to Omega-3 Ratio

Omega-6 fatty acids are one of the essential fatty acids we need to get through our diets, just like Omega-3 fatty acids. However, we already get way too much of them.

Omega-6 fatty acids are found in virtually every processed food in the form of vegetable oils, other polyunsaturated fats and oil-based “stabilizers.” Canola oil is the worst of them, with more Omega-6 fatty acids (4.6%) than any other oil. But food companies use them in nearly everything they make because they’re cheap.

However, Omega-6 fats promote inflammation, while Omega-3 fats are anti-inflammatory. This is why it is so essential to have the right balance of them in our diets. Researchers recommend a ratio of 1:1, but the typical American diet delivers a ratio of 25:1!

The Dangers of Inflammation

Inflammation, especially ongoing inflammation caused by poor diet, affects every single part of our bodies and has a huge impact on our heart health by damaging cardiac tissue and blood vessels. Inflammation also:

* Interferes with the endocrine system, causing hormonal imbalances that make it impossible to lose fat and build muscle

You don’t need to take my word on the impact of inflammation on the body. There are hundreds of research studies that blame inflammation directly for a number of health problems.

In 2007, the Proceedings of the Nutrition Society reported that chronic inflammation could be directly blamed for almost all chronic health problems.

In 2000, the American Medical Association published a study that found that overweight and obese subjects had significantly higher inflammation than those who were at a healthy weight.

A 2008 study published in the journal Experiments in Biological Medicine reported that the imbalance of Omega-6 to Omega-3 fats could be directly correlated to increased cardiovascular disease.

A 2003 study in Lipids stated that those with autoimmune disorders had significantly higher Omega-6 fatty acids in their diets than they did Omega-3 fats.

The connection between inflammation caused by an imbalance in Omega-6 to Omega- 3 fats is clear, but the information we’re given about how to correct it is not and sometimes it’s downright misleading.

The Misinformation We are Given on Fat

It’s really unfortunate that the food companies and supplement companies are such big business and have such an influence on the media and on the government groups that are supposed to give us accurate information about diet and nutrition, because we’re fed a lot of lies and half-truths.

One of the biggest issues is that we’re told certain foods are good for us, like plant-based oils, nuts and dried fruits, protein bars and other “healthy” foods.

But some plant-based oils are loaded with Omega-6 fats, especially vegetable, soy, corn and sunflower oils and, of course, the canola oil I’ve already warned you about. Many dried fruits, protein bars, “diet” snacks and nuts are processed with these oils, so don’t assume that all “healthy” foods are in fact healthy.

We’re also told to eat plenty of fish or shellfish or to take a fish oil supplement to get our Omega-3 levels up, but that’s only a half-truth.

Most of the fish sold in the supermarket is farm-raised and fed on corn or soy – therefore loaded with Omega 6 and low in Omega 3 fats. Studies have also shown that much of the fish you buy in the supermarket isn’t even the fish that’s on the label. A lot of the red snapper, wild-caught salmon and grouper bought in the store is actually a cheaper variety, often farm-raised, with little to no Omega-3 fats but a ton of Omega-6 and often a ton of contaminants, like mercury.

One study done in 2013 showed that 50% of the fish purchased in the grocery store was actually intentionally mislabeled.

What You DO Need to Do

Here’s what you DO need to do to correct your 6-3 ratio, reduce inflammation, restore health and lose that fat:

* Eat plenty of true wild-caught fish and seafood that you’ve sourced from a reliable fishmonger.

* Get plenty of omega-3 fats from organic, pasture-raised meat, poultry, eggs and dairy. Commercially raised varieties are really high in Omega-6 fats and much lower in Omega-3 fats than organic.

* Get rid of canola oil, as well as vegetable, sunflower, soy and corn oils. Use olive, coconut or palm oil instead.

* Make sure you choose a quality fish oil supplement. Look for one that is certified free of contaminants and choose fish oil in triglyceride form, which is more stable, less effected by heat and more bioavailable than the cheaper synthetic ethyl-ester form. Make sure it has at least 2000mg of EPA and DHA combined, and higher DHA is preferable to EPA as you need more of it.

Reducing inflammation and getting your body back to optimal health is completely possible by making the right choices and by basing those choices on scientific research, not the word of the food manufacturers. 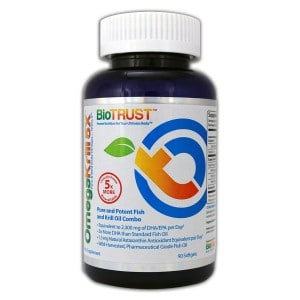