Most of the advice we get today about losing fat includes some type of low-carb diet. Carbs have become the very definition of dietary evil, but this not only unfair, it’s also inaccurate.

We need carbs just as much as we need lean protein and healthy fats. Without them, our bodies wouldn’t be able to function. But there are four important factors involved in eating carbs:

Our bodies need carbs to survive and were designed to utilize them properly. We are not designed to store carbs as fat; we are designed to use them as fuel. But what we eat, how much we eat and when we eat determines whether that process works beautifully or falls apart. To understand what I mean by that, you need to understand how the system is supposed to work.
.

Insulin and Carbs in a Nutshell
.

Insulin’s primary function is to take the glucose in your bloodstream, transport it to your liver to be turned into glycogen (fuel) and then carry it through the walls of your muscle cells so they can use it as energy. 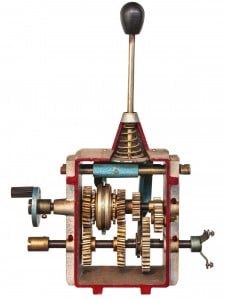 Unfortunately, this isn’t how it’s working for most people because their carb-processing system is broken.
.

Here’s what’s happening for most of the people losing the battle with body fat. 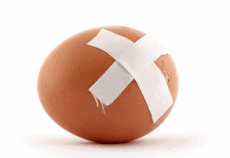 Research Shows Even the Broken Can Be Fixed
.

I realize that at this point, everything sounds pretty grim. But the fact is that there is a ton of research showing there are things we can do to repair our carb-processing systems and reset our insulin sensitivity.

As you can see, you’re not without positive steps you can take to correct your insulin sensitivity, reduce your blood sugar and start losing that fat. By getting most of your carbs from whole fruits and vegetables, timing your carbs for during and after your workouts, and getting plenty of high-volume-high intensity exercise (both HIIT and resistance training), you can drastically improve your carb-processing system in just a couple of months.

While the research on ingredients such as cinnamon (pure cinnamon, not the grocery-store variety), fenugreek and berberine is really promising, you won’t be able to get enough of them and in the right forms to include them through diet; those will have to be gotten through a quality supplement.

However, it’s clear that you are not “stuck” with a faulty carb-processing system.

Try the ONLY supplement I trust to correct my insulin sensitivity. It’s called IC-5 by Biotrust.