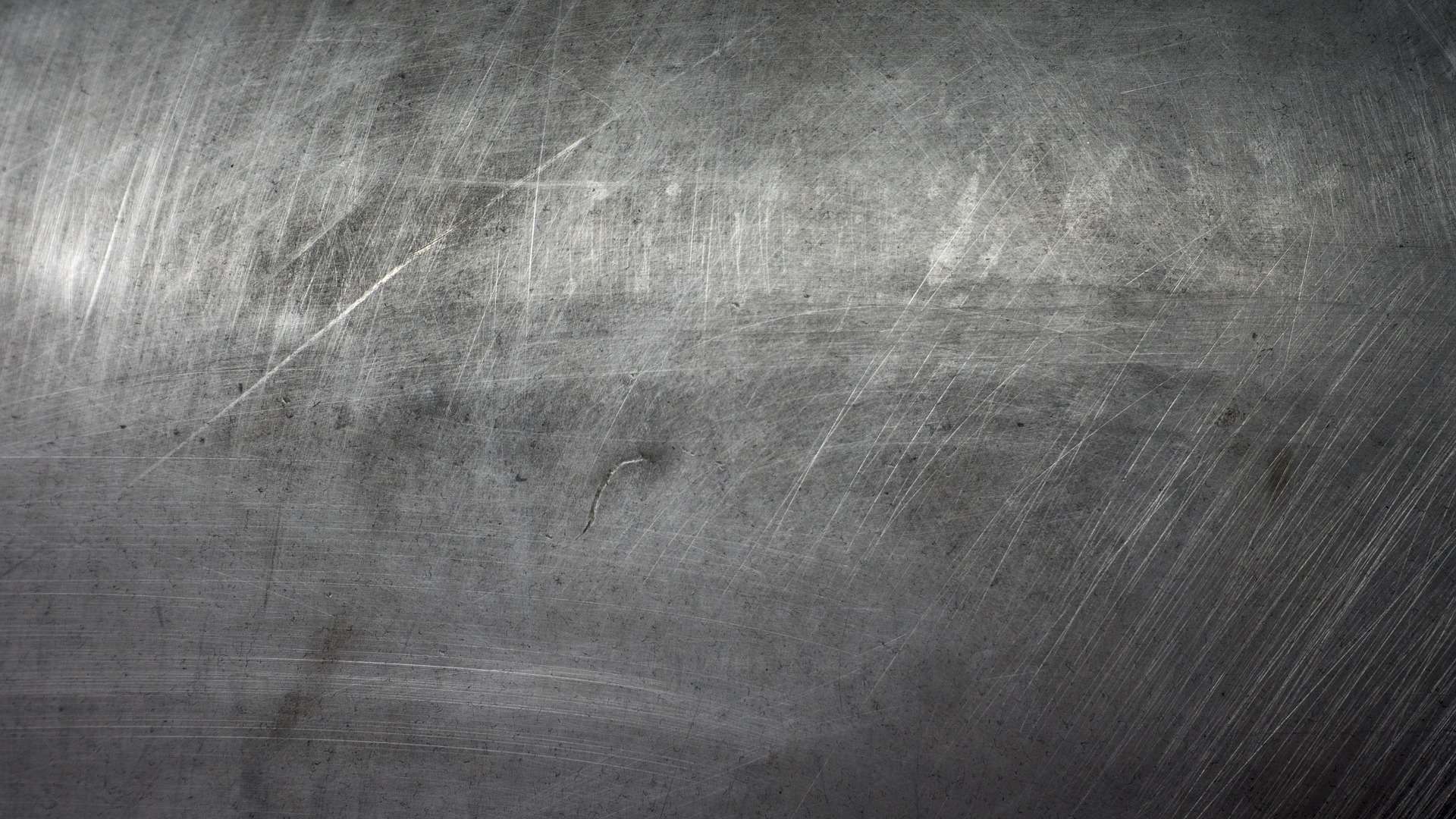 Toxic Metal Buildup & What It’s Doing to Your Health 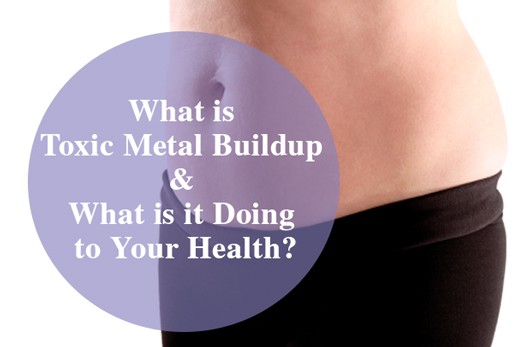 In this series of posts, I’ve been talking about the various chemicals, additives, genetically-modified foods and other toxins that are literally destroying our health and the health of our children, even before they’re born.

In this post, I want to explain how some of the most common toxic metals get into our systems and what each of them does to our bodies. Any one of these metals can cause a number of very serious illnesses, but the fact is that we have all of them in our bodies and they rarely go away on their own. They build up and create cumulative damage that is truly frightening.

Because these metals accumulate in our bodies in tiny increments over the years, doctors often misdiagnose the symptoms they cause. Many times, metal poisoning isn’t recognized as the problem until the damage has been done.

As seriously as I take my job of helping you to build lean muscle and burn excess body fat, it would be irresponsible to behave as though that alone will create excellent health. I’m also obligated to tell you about the damage that is being done to your health and how to correct or avoid it. You cannot build your best body without building better health.

As a new Mom, I feel especially compelled to help educate this great community of women about how these metals are affecting their children as well as themselves.

The scariest thing about metals building up in your body is that the damage they do is often irreversible. Detoxing your body and your blood can help prevent additional damage, but often people have to live with at least some of the effects of the buildup.

Our bodies do need certain metals, but only a select few and only in the most microscopic amounts. Even some of the “good” ones, like iron and copper, are tremendously bad for you in larger quantities.

While there are many more metals in our bodies, I want to focus on the four that are most commonly found at toxic levels.

Aluminum has been directly linked to both Alzheimer’s disease and Parkinson’s disease. In the brains of patients who have died from Alzheimer’s, researchers have found as much as four times the average accumulation of aluminum. Studies have also shown that in areas with high levels of aluminum in the drinking water, Alzheimer’s is much more common than the national average.

Many people already know that aluminum is common in antiperspirant and antacid medications, but you will also find it in baby formula, shampoo, lotions, many prescription medications and even a lot of processed and packaged baked goods.

Cadmium is a known carcinogen and has been specifically linked to cancers of the brain and nervous system. Cadmium is a double-whammy, because it both damages our DNA and interferes with the part of our DNA that helps to fight or prevent cancers.

Cadmium also diminishes our ability to absorb and use calcium, iron and zinc, which can lead to immune disorders and osteoporosis.

Most of us aren’t exposed to large amounts of cadmium, but it’s the continuous buildup of the tiny amounts we do get that is hurting us. Most of it comes in the air from industrial and mining pollutants, household waste and the burning of coal. What happens is that the cadmium in these wastes binds to soil particles and is then dissolved in the water, where fish, animals, birds and plants then drink or absorb it. When we eat those animals and plants, we then ingest the cadmium. It’s especially high in shellfish and organ meats.

Long-term buildup of cadmium is thought to cause cancer and even very low levels can cause kidney damage. Many studies indicate that cadmium is also linked to hypertension, nervous system disorders, liver disease and even brain damage.

Many people think that lead poisoning isn’t as much of a problem as it used to be even twenty years ago, but this isn’t true. While lead-based paints have been off the market for years, they’re still in many of our homes. Some studies indicate that as many as 64-million American homes contain lead-based paint.

Lead-based paint is especially common in older houses, apartments, and particularly low-income developments, where maintenance and rehab are often waived in favor of keeping the budget low. One study called the National Health

and Nutrition Examination Survey (NHANES), found that while upper-middle class white children living in fairly new houses only account for 1.5% of the people found to have high blood lead levels, African-American kids from low income housing accounted for more than 36%. That’s ridiculous!

However, lead-based paint isn’t the only way we’re exposed to lead. We get some of it from the air and water. There’s lead-contaminated water (from lead plumbing), glass, rubber, lead battery manufacturing and fumes from the demolition of older buildings. Living near a dump or incinerator also exposes you to lead.

As if that weren’t enough, lead is also found in refined chocolate, canned foods, and glossy newsprint.

Lead is directly linked to Alzheimer’s disease (by now you can see why we’re seeing so much more dementia and Alzheimer’s today), seizures, learning disabilities, ADHD and many other problems that are becoming more and more common.

There’s been a lot of news about mercury levels in our fish, but fish isn’t the only way we get toxic levels of mercury into our bloodstreams. Amalgam or “silver” fillings contain mercury and so do many vaccinations. This is especially frightening when you think about all of the vaccinations we give children today.

Mercury is actually used in thimerosal, which stabilizes and preserves vaccines and is very widely used, despite the fact that we know mercury is lethal and that Thimerosal is almost 50% ethyl mercury by weight.

Because mercury is absolutely known to be extremely dangerous to the nervous system, it boggles the mind that it’s okay to inject mercury into children, whose nervous systems are still developing and therefore especially vulnerable to mercury poisoning. The American Academy of Pediatrics and the Centers for Disease Control both asked that thimerosal be taken out of vaccines, but thus far that hasn’t happened. You’ll still find it in vaccines for pertussis, diphtheria, Hib, acellular pertussis, tetanus and Hepatitis B.

Many paediatricians and scientists blame mercury for the increasing numbers of children with ADHD, developmental disorders and autism.

You can get vaccines that don’t contain thimerosal, but you have to ask your doctor or paediatrician for them. I strongly suggest that you or the doctor double-check the label on any vaccine to make sure that thimerosal isn’t in the ingredients.

In additional to all of the neurological disorders and diseases, mercury has also been connected to headaches, vision problems, muscle weakness, immune system disorders and Alzheimer’s disease.

I know that this is a lot to take in and that we’re all bombarded daily with another scare about another ingredient or chemical or household product. My goal isn’t to be one more voice telling you that you can’t eat, drink or touch anything. What I want to do is to explain all of these toxins so that you can do something about them. Not only do you need to avoid them, you also need to get them out of your body.

Even though it’s possible that some damage has already been done to your system and cannot be reversed, you can rid your body of much of this buildup through effective detoxing. A safe and scientifically-based detox will help to flush some of these metals from your organs and clean up your digestive tract to help speed that process.

Let me leave you with one more very important thought. Much of the toxic metal buildup in our bodies is stored in our fatty tissue. When you detox your system, it boosts your metabolism, speeds digestion and corrects hormonal imbalances, making it easier to burn stored fat. When that fat is eliminated, it takes much of the toxic buildup with it.