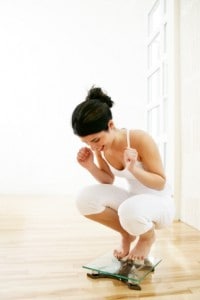 When it comes to lifting weight, changing the rate at which you perform the different parts of the lift is a proven method to overcoming muscle adaptation. Training with varying tempo and rest can help overcome the dreaded plateau.

Weight lifting tempo refers to the number of seconds it takes for you to complete a full range of motion of one repetition, usually called a lift.

The importance of “time under tension” determines the amount of stimulus a muscle is exposed to. Let’s take an Olympic style lift in which we use explosive ballistic contractions. The lift here may be around 1 second up and 1 second down. Now, if use the 10 rep range, our muscle will be under tension for a total of 20 seconds. Let’s compare our olympic style lift with a slow 2 second up and 4 second down lift, and we have a 60 second time under tension. That is a big difference.

There are four numbers represented when using tempo: 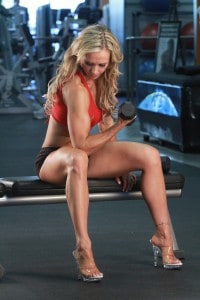 The first number is the eccentric or down motion of the lift, also known as the “negative”phase. It is during this phase that the muscle is being stretched. When trying to build muscle, this number is usually slow and controlled to fatigue the muscle, causing breakdown and thus, stimulating growth.

The second number is the pause or hold before the concentric phase or upward motion, which represents the third number. The concentric phase is also known as the “positive” phase in which you are contracting the muscle while carrying the weight or load. Here we typically use a faster momentum to return the weight to the start position.

The fourth number represents the starting point of the movement. Here you can either pause or immediately begin the next repetition.

Here’s an example using a bicep curl with a 4120 tempo. What this means is: 4 seconds on the way down, 1 second rest at the bottom, lift for 2 seconds and do not rest at the top.

Changing the tempo of a lift is good practice to provide a different stimulus on the muscle. Once the muscle has adapted to a certain tempo, changing the tempo will stimulated the muscle, causing increased fatigue, resulting in more strength and muscle gains.

Tempo can greatly influence your progress during a workout. Tempo not only increases recovery time, but also reduces your risk of injury by using slow and controlled movements. This will eliminate momentum, ensuring maximal tension is placed on the muscle, while allowing you to focus on each repetition, and contract the muscles you are using.

It is important to note that using proper form is more important when weight lifting. A common mistake beginners make is using a fast tempo that sabotages form. When momentum is introduced, there will be less tension on the muscle, which will lessen your gains.

You want to ensure slow and controlled movement is used with the proper form, while focusing on the muscle being worked. If these techniques are not in place, you will not sufficiently work the muscles.

Ignoring the importance of tempo will rob you of influential progress you should be obtaining from weight training. By changing tempo regularly, you stimulate your muscles and thus prevent your body for hitting that dreaded plateau.